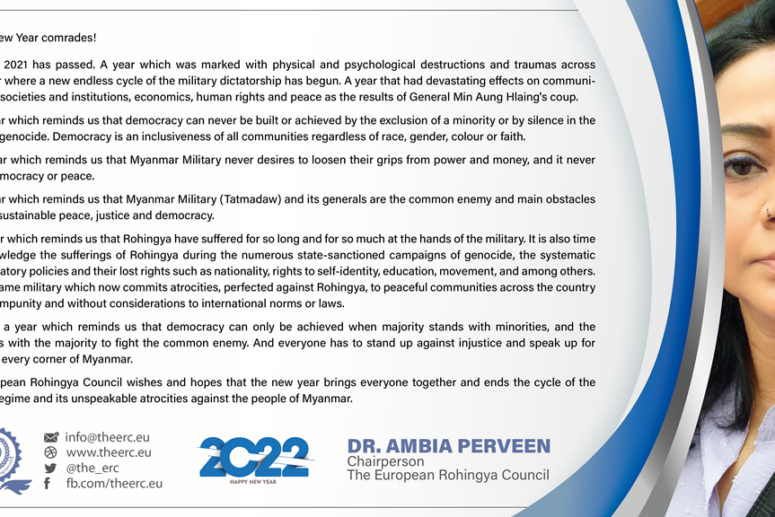 The year 2021 has passed. A year which was marked with physical and psychological destructions and traumas across Myanmar where a new endless cycle of the military dictatorship has begun. A year that had devastating effects on communities, civil societies and institutions, economics, human rights and peace as the results of General Min Aung Hlaing’s coup.

It is a year which reminds us that democracy can never be built or achieved by the exclusion of a minority or by silence in the face of a genocide. Democracy is an inclusiveness of all communities regardless of race, gender, colour or faith.

It is a year which reminds us that Myanmar Military never desires to loosen their grips from power and money, and it never wants democracy or peace.

It is a year which reminds us that Myanmar Military (Tatmadaw) and its generals are the common enemy and main obstacles towards sustainable peace, justice and democracy.

It is a year which reminds us that Rohingya have suffered for so long and for so much at the hands of the military. It is also time to acknowledge the sufferings of Rohingya during the numerous state-sanctioned campaigns of genocide, the systematic discriminatory policies and their lost rights such as nationality, rights to self-identity, education, movement, and among others. It is the same military which now commits atrocities, perfected against Rohingya, to peaceful communities across the country with full impunity and without considerations to international norms or laws.

It is also a year which reminds us that democracy can only be achieved when majority stands with minorities, and the minorities with the majority to fight the common enemy. And everyone has to stand up against injustice and speak up for justice in every corner of Myanmar.

The European Rohingya Council wishes and hopes that the new year brings everyone together and ends the cycle of the military regime and its unspeakable atrocities against the people of Myanmar. 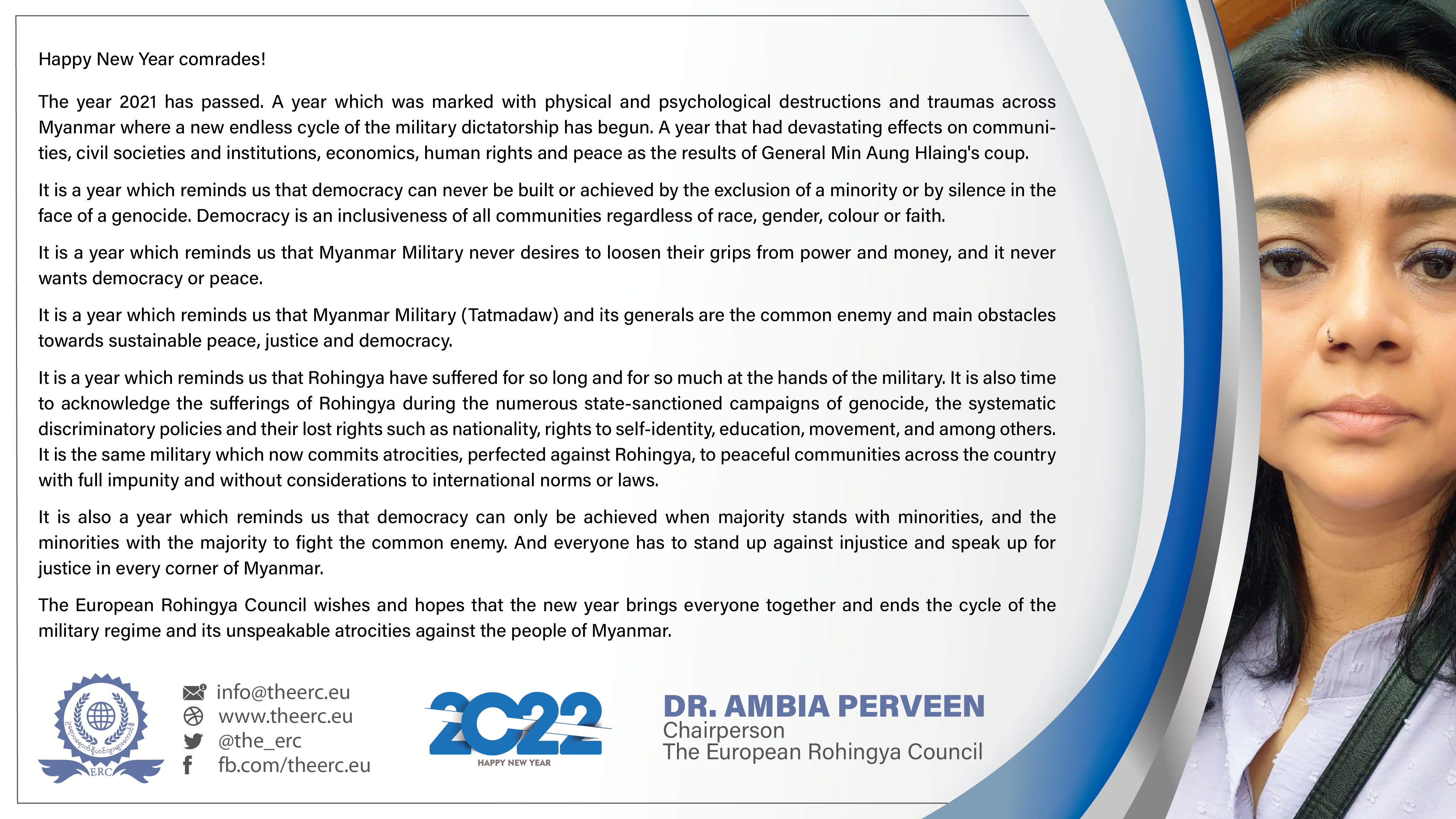