ERC points out a Genocidal tool “Denial of Health care” 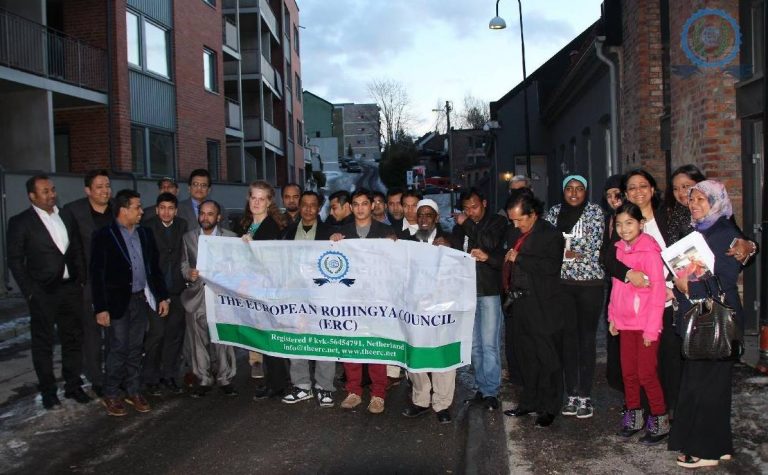 On 11th  May 2016, an one-day Open Research Conference was held at the University of Oxford Auditorium, Wolfson College, Linton Road, Oxford OX2 6UD United Kingdom. The conference was hosted by the South Asian Research Cluster, Wolfson College, Oxford University.
The major objective of the conference was to highlight the Burma’s or Myanmar’s slow genocide of the Rohingya and awareness of Rohingya genocide among the international community and legal scholars as well as world’s icons such as Desmond Tutu, George Soros, Mairead Maguire, Amartya Sen, the Dalai Lama etc.
Conference discussed about urgent attention to recent research into the deplorable human rights conditions under which over 1 million Rohingya live in a huge open-prison called IDP (Internally Displaced Persons) camps, which the New York Times called “the 21st century concentration camps”.

European Rohingya Council’s advocacy member, Dr. Ambia Perveen participated the extra ordinary conference to speak on behalf of Rohingya community. She pointed that discriminated revocation of public health care for Rohingya people is a tool of genocide. She has presented pictorial evidence of Malnutrition, Infectious diseases and Rape victims. She also highlighted the poor health care records of Rohingya people particularly IDP camps in Arakan. She warned the alarming rates of Hepatitis and liver Cirrhosis among Rohingya community. Denial of health care to Rohingyas by Burmese regime is not acceptable at all and international community should raise voice against these criminal acts. She further stated that Burma has marched to Democracy but again Rohingya people were left behind. Daw Aung Su Kyi had been giving indications that she needed some time to instill the rolling waters of national politics but now she finally gave in to hands of ethno-religious bigots. Hence the only remaining hope for the Rohingya people who are under attack in Burma is the international community.