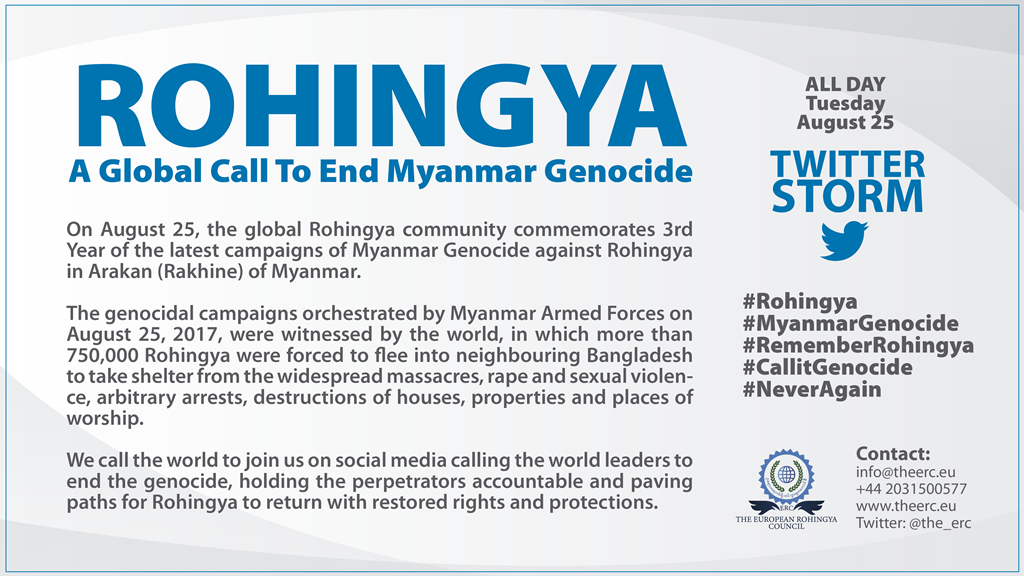 On August 25, the global Rohingya community commemorates 3rd Year of the latest campaigns of Myanmar Genocide against Rohingya in Arakan (Rakhine) of Myanmar.

The genocidal campaigns orchestrated by Myanmar Armed Forces on August 25, 2017, were witnessed by the world, in which more than 750,000 Rohingya were forced to flee into neighbouring Bangladesh to take shelter from the widespread massacres, rape and sexual violence, arbitrary arrests, destructions of houses, properties and places of worship.

We call the world to join us on social media calling the world leaders to end the genocide, holding the perpetrators accountable and paving paths for Rohingya to return with restored rights and protections.