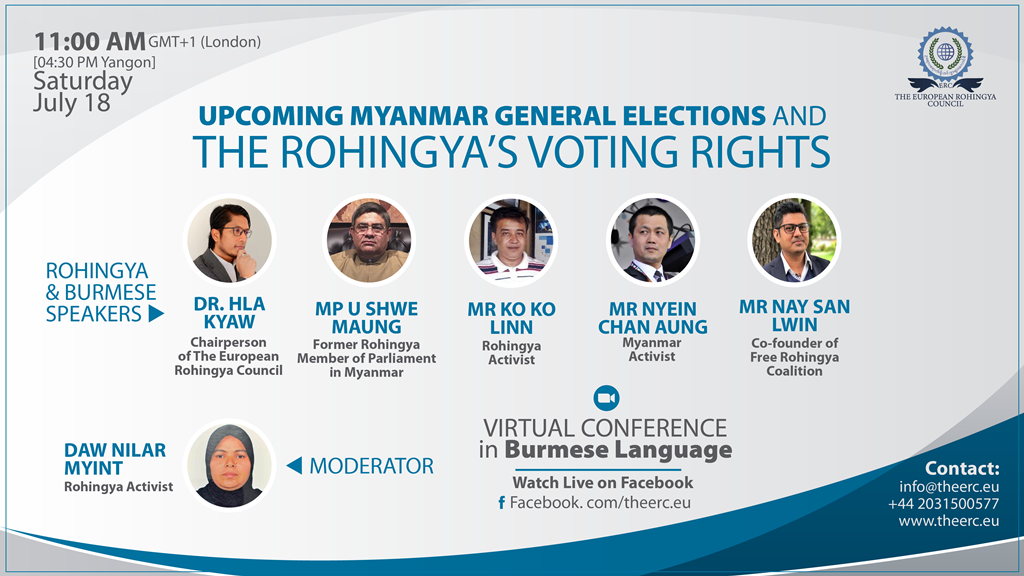 The 2020 Myanmar General Election is coming soon. Rohingya were not allowed to vote in the last election despite the fact that Rohingya have been voting and electing their representatives for the parliament since Myanmar’s Independence from the British Colonial Rule.

The NLD (National League for Democracy) government led by Aung San Suu Kyi has been in power for almost five years. There has been little improvements in terms of peace, stability and human rights situations in the country. Human rights violations against Rohingya and ethnic minorities have worsened under the NLD government.

In this conference, the speakers will shed lights on why Rohingya must be allowed to vote and elect their representatives for the parliament and provide their voting rights that Rohingya have enjoyed for generations. 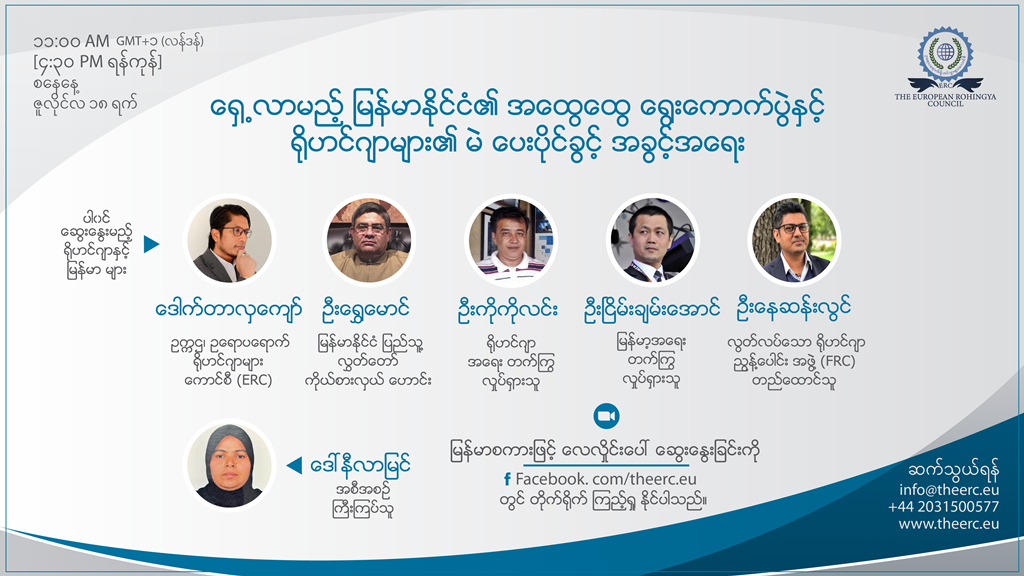