On Human Rights Day, the European Rohingya Council (ERC) renews the calls to protect the Rohingya population which is on the verge of total destruction as a whole.

Myanmar, which was one of the first 48 nations in favour of adopting the Universal Declaration of Human Rights on December 10, 1948, continues to ignore the fundamental human rights of the Rohingya community.

Since the country’s first military dictator General Ne Win came into power in 1962, the human rights of the community have been reduced to none. The community has been stripped of their citizenship in 1982. The freedom of religion, movement, expression, education, healthcare, livelihood, marriage, legal assistance, and among others are completely being removed for decades. The community is also subjected to arbitrary taxation, land confiscation, forced-labour, torture, arrest, enforced-disappearance, extrajudicial killing, sexual harassment and rape.

The international community’s decades of failures have paved the way for Myanmar Military (Tatmadaw) and the military-back as well as civilian governments to openly commit a wave of genocidal campaigns against the Rohingya community as recently as 2017.

As of today, only approximately 480,000 Rohingya remains inside Myanmar including over 100,000 of them who are still confined to Internally Displaced Persons (IDP) camps since 2012. The community inside Myanmar continues to suffer unimaginable human rights abuses and the ongoing genocide at the hands of the military, and their villages are often used as battlegrounds in the fight between the military and Arakan Army (AA).

There is no place a clear witness of the failures of the world as the refugee camps in neighbouring Bangladesh where over a million Rohingya take refuge where they continue to linger without the sight of returning home or rebuild their lives with education. Nearly 850,000 Rohingya were forced into Bangladesh between 2016 and 2017.  52% or more than 500,000 of the Rohingya refugees are under 14. They are trapped in limbo with no education, home, future or safety. They are forced to relive the unbreakable cycle of traumas of genocide and the sight of no future.

Hundreds of Rohingya continue to flee the refugee camps and Myanmar in search of a better life and safety for the loved ones despite the danger and uncertainty the perilous sea journey holds.

As the European Rohingya Council dictates this statement on Human Rights Day, there are hundreds of Rohingya men, women and children are adrift in the Andaman Sea as their boat engine broke down with no nation willing to rescue or provide a safe haven.

The failures to uphold the indispensable human rights and to hold General Min Aung Hlaing and the military accountable for the genocide against the Rohingya community, have empowered the generals to stage the coup in February 2021 and unleash human rights abuses across the country.

On this day, the European Rohingya Council urges the international community, particularly Southeast Asian nations, to rescue the sea-borne Rohingya adrift in the sea before it is too late as their food and water running out.

The European Rohingya Council also re-double our calls on the international community to show a unified support to finally put an end to the human rights abuses that the community faces for generations in Myanmar, and hold Myanmar and the generals accountable for the genocide and crimes against humanity at the International Court of Justice (ICJ) and the International Criminal Court (ICC).

The European Rohingya Council urges the international community to continue supporting the Rohingya refugees in Bangladesh, particularly providing the vital education which is a universal and inalienable rights. 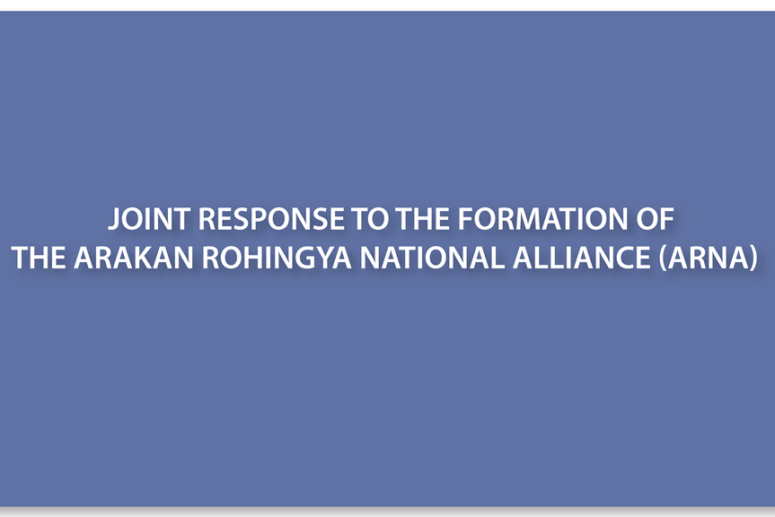