The European Rohingya Council (ERC) is deeply concerned on the premature repatriation of Rohingya refugees scheduled on 22 August 2019.

While the trauma of the gravest crimes is still fresh and the refugees are about to commemorate the second year of massive exodus on 25 August, the repatriation would further traumatize the survivors of the genocide.

Furthermore, on 21 June 2019, Myanmar’s de facto leader Aung San Suu Kyi ordered the total internet shutdown in Rakhine State where more than 120,000 are still confined to Internally Displaced Persons (IDP) camps since June 2012, and several hundreds of thousands in villages and townships across Rakhine State. There is also built-up of Myanmar Armed Forces continuously committing atrocities with full impunity under the lockdown.

Repatriation is inconceivable while there are the ongoing genocidal persecutions against Rohingya in Rakhine State such as restrictions on movement, education, healthcare, marriage, religion and livelihood.

We urge the government of Bangladesh, UNHCR and all other stakeholders to make sure that the repatriation of Rohingya is sustainable, which can only be possible with dismantling IDP camps and allowing the internally displaced Rohingya to return to their places of origin; guarantee of safety and security; removal of movement restrictions; giving Rohingya access to education, healthcare, telecommunication and livelihood; reinstating citizenship rights and coming up with a transparent, genuine, and well-informed repatriation plan. All of these processes have to be undertaken simultaneously.

We also urge the Rohingya community to be united and resist the Myanmar’s deceptive repatriation process. 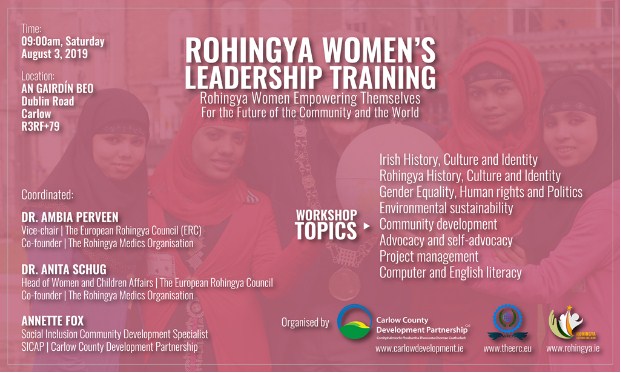